How The Restaurant Industry Should Innovate To Survive Winter

“The future without jobs will come to resemble either the cultivated benevolence of Star Trek or the desperate scramble for resources of Mad Max.” - Andrew Yang

In this week’s post, we consider what Universal Basic Income means for workers, look at CVS's hiring success during COVID-19, and whether we're at the dawn of a new sort of ageism in the workplace due to the pandemic.

Will anyone bother working when receiving UBI? Finland says yes.

The jury's out on whether the plan to give Americans $2000 a month will get through Congress (probably not), but new research on Universal Basic Income has shed light on the trillion dollar question: will people work if they get free money? The recent news out of Finland's experiment with UBI showed that recipients were not only happier, but more likely to work than those on standard unemployment benefits.

In short, people on basic income worked an average of 6 days more than those on unemployment, suggesting that UBI doesn't give a disincentive for people to work. This echoes the findings from the annual checks given out to Alaska citizens since 1982: no less work was done due to free money.

The Takeaway: If UBI ever does get passed in America (and we're closer now than ever before due to the novel coronavirus crisis), companies probably won't have to fear a lack of motivated employees to hire. And since Canada has just started a grand UBI stimulus of sorts, we'll have even more data on what it does to the workforce later this year.

Not many other businesses can be considered quite as essential as CVS during the COVID-19 pandemic. Besides selling essential groceries and cleaning supplies, their pharmacy system is indispensable during a health crisis. Which is why they decided to hire 50,000 more employees when the pandemic hit. In a matter of days, CVS created a "virtual talent acquisition process" which led to hiring about 60,000 employees in record time.

So how'd they do it?

First, CVS leveraged their partners who experienced heavy lay-offs and furloughs, such as the hospitality industry, to pull from a pool of eager, vetted candidates. CVS also expedited the roll-out of virtual hiring technology including virtual career fairs, virtual interviews, and even virtual job tryouts. With huge motivation to act quickly, CVS executives managed to put in place and execute a hiring strategy that will be the gold standard for companies moving forward.

The Takeaway: If CVS can go virtual and move this quickly in hiring, nearly all retail and service businesses can as well. If you're not embracing hiring technology right now, during social distancing, then when?

Older workers are being hit hard by unemployment. This is weird.

In most periods of high unemployment in America, older workers fared better than their prime-aged counterparts. This is usually attributed to younger workers being more replaceable while older workers had more valuable expertise. But check out this chart from MarketWatch using numbers from the US Bureau of Labor Statistics: 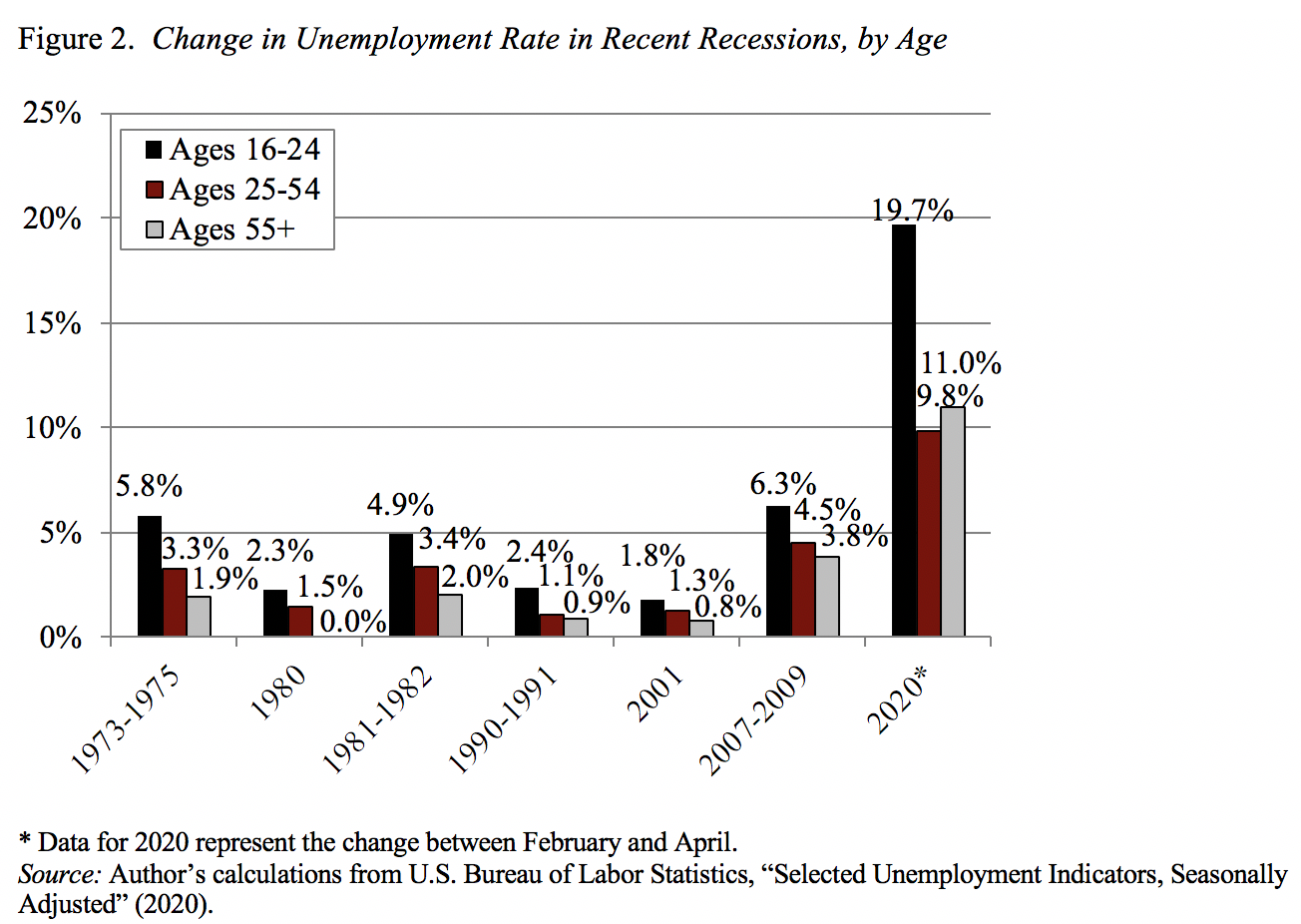 It's not immediately clear why older workers are being hit harder during this recession, but the author of the article has a theory: "older people are more vulnerable" to the virus and employers are thus more likely to lay-off older workers.

If this is indeed true, then older workers have a scary future ahead of them when it comes to employment. When a virus exists that ravages the older population, will businesses take on the risk of hiring a person who may need more sick days, healthcare, and perhaps worse?

The Takeaway: This pandemic may be ushering in a new wave of health-related ageism into the workforce. Will Baby Boomers who still want or need to work be turned away until there is a vaccine? It's something the economy will have to figure out soon.

Need help hiring the right people? Workstream can help. Our platform gets you 4x the number of qualified applicants and reduces your time to-hire by 70%.

How The Restaurant Industry Should Innovate To Survive Winter

Here at Workstream, we work we over 5,000 hiring managers to streamline their end-to-end hiring process through automati...

If an employee quits, but no one is around to do an exit interview, do they affect any change? This ancient zen question...